Now we have a New Year ahead, at least according to the Gregorian calendar, and New Year’s resolutions are abundant. I have a suggestion for a business related New Year’s resolution: “I, as a manager am going to construct an environment where I give my staff the authority to conduct their business with the customers. I will trust them with doing the best for the customers in every given situation.” 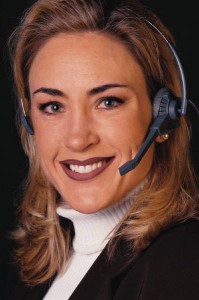 If you do not give your staff the authority to handle customer situations in the manner that they believe to be best for the customer and the business, you will actually give them means to make customer go away. A couple of months ago I was in contact with one of the largest petroleum companies regarding a credit card issue. At this time I had a credit card issued by the petroleum company. It was one of these credit cards holding both the issuers brand (in my case a petroleum company) as well as one of the largest credit card companies. I had just previously decided to have this card as one of my two cards.  I use credit cards as my main method of payment rather than cash, it was therefore going to be used a lot. I had only used the card for some smaller purchases when the first invoice period ended. Strangely, I got a reminder in my mailbox to pay an invoice, an invoice that I have not seen in the first place! A delayed payment fee had also been added to the enclosed invoice copy.

I contacted the company by phone and after the usual “press 1 to … or press 2 to …” I was put through to a service representative in the financial department. I told her that I had received a reminder of an invoice that I’d not even seen. She said that the invoice was sent to me earlier and that it was my responsibility to know that an invoice was on its way. I should then check it over the Internet and pay it. I told her that I would make sure that the payment was made immediately but that I did not intend to pay the delayed payment fee, as I had not received the original invoice in the first place. She said that I HAD to pay the delayed payment fee as well and that  interest was going to be added to the next invoice. We discussed the issue back and forth and concluded with her not having the authority to remove the delayed payment fee or the interest latterly charged to me.

As she gave me no alternative other than to pay as they wanted, I took the issue further and told them that I did not have any further trust in them so I wanted to cancel my card immediately. I had expected some suggestion from her part on how to solve the issue, particularly as I as a customer might be important to them. I know that I spend a lot (10s of thousands of USD) during a year on gas and other purchases and that it would have been passing through their payment system. However, there were no suggestions or protests, just a short confirmation that “I will note that here and send you a form”. The conclusion therefore, is that they got their delayed payment fee of $10 and an interest payment of 50 cent, but they lost a customer worth many times more.

You may wonder what this has to do with the initial talk about the New Year resolutions to trust your staff? The experience that I had was that the lady I talked to did not have any authority to do anything about the issue. All my suggestions were met by her explaining that she could not do anything. By not giving the lady the authority to remove the $10 fees and keeping me as a customer,  effectively gave her the authority to make a profitable customer leave. They gained around $11 but they lost $10’s of thousands of business and possibly thousand’s of dollars in revenue from their own products. The former Scandinavian Airlines Services CEO, Jan Carlzon stated in his book The Moment of Truth, that “no personnel should ever need to ask a supervisor to satisfy a customer”. If  I as customer of this petroleum company had repeatedly neglected to pay my bills it would be understandable that they would be unwilling to give in to my requests. However, in this instance, I was a newly recruited customer who was rejected the first time an issue appeared.

If you give the staff the right conditions to work from, they can act in the right way when they meet the customer. These conditions must contain an understanding of the business and the strategies that should guide them. It is also important that they have the understanding of the whole flow of the process. They have to be involved in the business, not just someone that executes certain activities without any understanding or feeling. The lack of right authority and trust in your staff can cost you a lot of good customers and the opposite can secure more satisfied and profitable customers than you could ever imagine.

Happy New Year to you and your business!

If you want to have more free material regarding Business Excellence, please sign up for the newsletter on the right hand side.