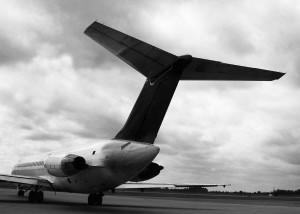 On December 27th 1991, the Scandinavian Airlines flight SK-751 took off from Arlanda airport. The plane was a MD81 with the engines at the rear, close to the fuselage. Shortly after the take off the pilots found themselves in big trouble. Ice from the wings broke off and flew into the engines, which after a while broke up. That made the plane crash through the forest and ending up in a field.

Luckily no one was killed but some of the passengers and crew were seriously injured.

“Wait a minute”, you might say, “his own checklist!?”. Yes, the thing was that he had often talked about having a checklist in the pilots’ manuals, but no one listened to him. Those that produced the manuals with all checklists worked in another department at the headquarters and did not listen to what the pilots had to say. According to them there was no need to have instructions and training in restarting shut down engines, as this was so unlikely to happen.

He and others tried for years and finally they gave up their efforts.

That is what happens in an organization if you do not deal with  the comments, ideas and innovations that the co-workers have. If people that want to improve things are met with disinterest, they will only try so many times before giving up. 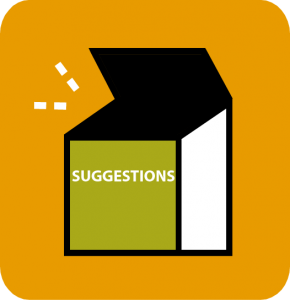 It is important to have clear and transparent processes for people all through the organization to work with improvements. Improvement must be a natural part of the ongoing work. Not something that is only talked about once a year at the kick off, or with a suggestion box that is not emptied very often.

If no one wants to listen to the suggestions, no one will offer them either. All people want to affect their own situation and one of these things is to be able to improve their own work. The suggestions that they give must be for them to implement. Then they feel responsible and also in control of doing the best they can of the work they are set to do.

Back then, during the 1990s and even today, SAS should not have a department of specialists creating the manuals for those who fly the planes. They should of course have people who are responsible for the quality of the manuals, but those performing the work should also be able to influence the work on the manuals. I hope and believe that SAS have improved their methods for making improvements, so that all the staff are included in the work – more now than before.

To you and your organization’s excellence.
Matts

Previous Post “The leaders do not understand what is needed” Next Post Someone knew about the problem!