Leaders Who Are Psychopaths Do Not Create a Good Organization!

Welcome to this Business Excellence Article, where I am going to tell you about a news report that made me angry and consequently made me more confident about my mission.

I read an article and saw a video on CNNs app. The article was about a management consultant who had been part of the British special military unit, SAS. His name is Andy McNab, which is not his real name as it is a pseudonym, also used in the book Bravo Two Zero describing events in Iraq.

McNab has now been diagnosed as a psychopath. To be a psychopath served him well during his time as a SAS soldier as he did not feel any remorse for those enemies that he killed. In the interview he is telling us that it would also serve business and political leaders well. 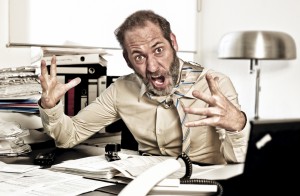 “When I look at CEOs, or even political leaders, I don’t want them to have empathy,” he tells us. “What I want them to do is to have focus and to make the best decisions possible. I want them to be ruthless”.

He describes coaching a manager who had to fire 400 people, and that is was good to be psychopathic in such an assignment. It reminds me of a scene in movie The Fifth Element where the assistant is talking to the psychopathic boss Zorg, about firing 500.000 people, but Zorg thinks it is better to fire 1.000.000. He does it without hesitation or even thinking twice.

I become dismayed as this is far from what I see in the future organizations. Those of you who know about my story know that I am also a military man. I am an officer in the Swedish army and my education in leadership believes in the group working tightly together and with feelings being able to deliver on the assignment. As a strong military leader you have respect for your enemies and you share the burdens of your team.

Not like another psychopath, Adolf Hitler, who shouted orders to Army General Paulus, when he wanted to break out of Stalingrad to save his men from total destruction. He said, “it is unacceptable to leave Stalingrad” and also “I am not leaving Caucasus!”

Hitler was far away from there so how he could shout that he was not going to leave is hard to understand. He did not share the burden of the soldiers. If they die, they die, but always for a good cause…

I see the future business teams as a well trained teams that work tightly together with respect for each other, delivering the wishes and needs of the customer. The team makes their own decisions as they have the responsibility and authority to act in the best interests of both the customer and the business.

An old-fashion organization has more focus on its line organizational structure than on the customer. In such a structure it is common to do exactly as the manager commands and that manager does as the manager above commands and so on until we reach the top. We have a chain of command, not people who think for themselves and have authority to act. Such an organization has room for dictators in several layers, and it can be an advantage to be psychopathic as a manager, as you do not have to feel bad about performing tasks that are not good. To feel too much in such an environment is not good, as McNab describes.

I understand the argument about this, but I do not like it, and I do not see this as the future. In these types of organizations there is a constant struggle to control your own budget and your own part of the organization. Reorganization is a common trick of the trade and people perform this without feeling too much empathy for those concerned.

If you have a line organization where the personal responsibility and authority has been taken away, and those things are only in the hands of the management, you need wise leadership. That kind of leadership is unfortunately lacking in many organizations. The lack of leadership puts the organization in a precarious situation. That situation must ultimately be corrected.  Often making the necessary but unpleasant decisions does correct the situation. In order to make these decisions it is an advantage to be unemotional.

To use people that are vulnerable in order to improve finances is sufficient in an organization run by psychopathic leaders. You can deliver better financial results if you have children and poor people working for you on low salaries, and also if you dump toxic waste in the ocean or forest, or any such similar behaviour. If the government tell you not to, you can always move to another poor county where you can continue to earn money. If the price for labor is increasing you do the same. No remorse and no feelings. This is the best environment for psychotic managers. We see it again and again all over the world.

I am not saying that leaders should not make tough decisions. The danger of not making a decision at all, is often much greater than making the wrong one. What I am saying is that it is important as a leader to have empathy in order to make wise decisions and to understand that those decisions may impact on many people. To only have the focus on the assignment and solve it at all costs, without feelings, is not to be recommended according to my way of thinking.

There is a difference between, on the one hand, being afraid in a fearful situation and controlling that fear in order to make the right choices, and on the other hand to not have any emotions at all. The first makes us a sane human; the other make us look like a robot. 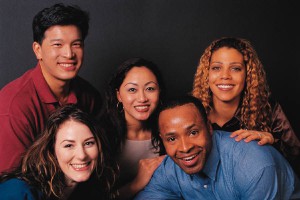 In a modern business organization you are driven by the customers wishes and needs, where the internal struggling is decreased to a minimum, and you treat your fellow associates in the organization with respect and people feel trust in one another. In such an environment there is no need for the psychotic manager.

The modern business organizations is much more successful than the old ones. They have a different recipe to reach a good financial Position. There is no need for the psychotic managers, only those that are wise and have empathy for people and nature.

Just look at organizations like W.L. Gore, Google, and Wholefoods Market, and others, that use those different recipes.

I am confident that the future will need more people with empathy and humanity, not people who are psychopaths. We need people who want to work together and who grow as human beings alongside others.

Those that are sick, like psychopath are, should get good medical treatment.

A world with an increasing demand for psychopaths as business and political leaders is world that is unpleasant to live in. There may be a need in those old fashion organizations still out there, but there is nothing there that we should carry forward into the future.

My mission is to help build organizations that are structured in a modern way, where humanity, efficiency and customers focus rules. That is why I become dismayed and frustrated, as forces are acting against the more human and potentially happier world of tomorrow.

You might say that I am a dreamer, but luckily I am not the only one.

What do you believe? Have you had experience of a psychotic manager during your business life, and how was that? Do you see what I see in the future or do you think we are stuck in what we have today? Please, share and comment.

To you and your organizations excellence!

Previous Post The Future of Management Next Post Your Tasks are Divided Into Two Types of Work!